Besides a couple of twists and turns a roller coaster is generally pretty linear. You strap yourself in and wait for the mechanics to motion you forward for a ride […]

Besides a couple of twists and turns a roller coaster is generally pretty linear. You strap yourself in and wait for the mechanics to motion you forward for a ride that may last only for a sum of seconds, but will stay imprinted in your memory till you are old and grey. As the wheels press forward your hands clam tight against the safety harness.. oh yes shit is getting serious now. Panic and excitement fill around your rapidly beating heart, creating the greatest rush of adrenaline. The screams are contagious, and the excitement is shared in unison throughout the coaster with each stranger having shared a special journey together.

It’s a very special show this one, and like a roller coaster ride it’s an exciting journey to be had for those who are willing to have a go and see what all the fuss is about.

Breaking Bad is a character portrait of it’s protagonist Walter White (Bryan Cranston). Like the title suggest Walt starts to crack, he breaks. This series illuminates the progression of Walt from light to darkness. Walt starts off in the beginning as a down on his luck family man who’s working two jobs just to support his family. An important factor to Walt is his intelligence. He was apart of a Nobel Prize winning team in chemistry years before, but his “smart choices”, the lack of seeing a future in the company he created with his colleagues showed him lose out on what became a multi-million dollar company. So a man with a level of intelligence meant for more is stuck working as a high school chemistry teacher, and part-time at a car wash. On his fiftieth birthday Walt is told he has lung cancer, which shifts all his worries towards his family’s wellbeing after he’s gone. With Hank (Dean Norris), a DEA agent brother-in-law, Walt gets the idea of producing crystal meth using his chemistry background. The idea is to stop as soon as he reaches an appropriate estimation of financial support for his wife in the years to come. As life cannot always be planed to such a degree, especially when you are playing with fire Walt is thrown into chaos time and time again. Along with Walt is his young protege Jesse Pinkman (Aaron Paul), who has a talent for cooking Walt’s special “blue crystal meth,” the purest on the market, a factor that saves their lives because of the demand and difficulty to create such a pure mix. Bryan Cranston is definitely television’s finest actor, which should make it difficult to find a worthy on screen opponent to challenge the rise of Walt, but n this case we also get one of the greatest villains ever seen on television, Gus Fring (Giancarlo Esposito). These characters as well as those not mentioned could be talked about to no end, especially Walter White himself. 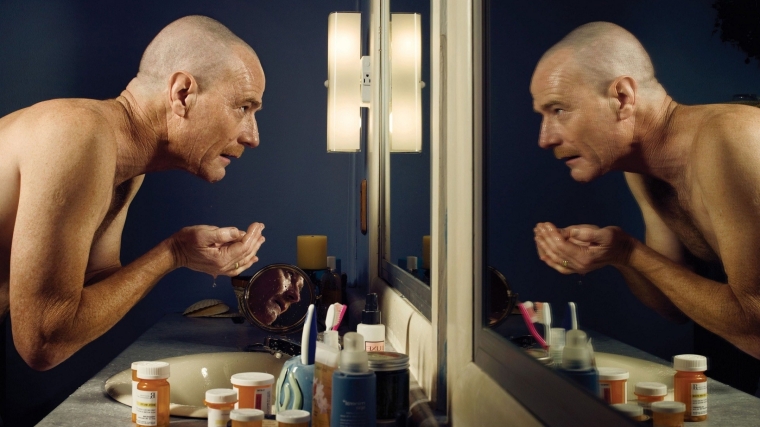 Breaking Bad also has an art film quality to it at times, certain scenes are “slow” in a sense that you will watch a family dinner in all it’s awkwardness, which is an example of something that many people who are used to the normal flow of a television show struggle to watch. While it has it’s slow paces the drama is always at a high. That roller coaster adrenaline is in every episode of Breaking Bad and is always stirring inside as you watch, rising and rising with every episode. The most surprising thing throughout this show is the lack of sex and sex appeal, this is almost unheard of in everything, instead we see a very gritty world. Now the first season is the slowest moving and hardest for most new viewers to get into, however you should not fear this because the first season is the shortest, with only seven episodes which really takes off before the season’s end. If you can get through the first season nothing will stop you from jumping into this roller coaster and be taken on a journey with some of the most heart clutching and adrenaline fuelled moments ever seen on television. Now this is not the type of show you can just start half-way through either, every episode pays off in their chronological order, like all good cable shows. I’ve always known this show to be the best drama on television ever, and it subsequently topped my already great expectations frequently. 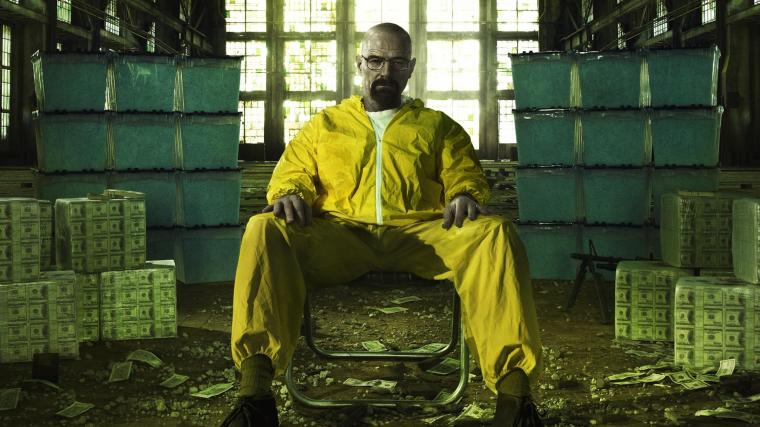 Breaking Bad in my opinion is the best drama ever made on television!

The one thing that could have tainted a show as unique as this is the pay-off at the end, and by God they did it. The end was a beautiful send off to everything the show was heading to. On another note look at the first image in this post and the third image, can you see the juxtaposition of Walter White? The evolution of the man? In the first image he is standing in the center of a vast and empty desert with nothing to his name. In the second image he is sitting down, he is relaxed and in power with money and meth in great sums. These two images may seem spoiler like in a way, but they’re ones you would inevitably stumble upon anyway considering they represent the first and fifth season DVD covers. I do think it is the best way to sum up the show’s evolution, a glance at what you may be getting into. Does this alone not prove that Breaking Bad is the most bad ass show? See it for yourself.

Following this show for the duration of its run has been the greatest roller coaster ride I’ve ever had the pleasure of riding, with twists you will never guess breaking what could have been a very linear narrative, and I do understand that it will be a very long time before another show will ever have the same impact this show had on me.