There is no way I could have told you that a Transformers film would be one of my favorite films of 2018. I’m talking Top 10. And this is coming from […]

There is no way I could have told you that a Transformers film would be one of my favorite films of 2018. I’m talking Top 10. And this is coming from a guy who thought the first Transformers (2007) film was terrible, and the sequel Transformers: Revenge of the Fallen was the worst film I’d ever seen.

It was the day after seeing Bumblebee that I thought about how I could actually love this film when it hit me. It’s not really a Transformers film, sure it’s got robots and loosely connects it to the beginning of the franchise. But this movie is a throwback film to the 80s in nearly every way. If it has any faults, it’s because it is too nostalgic. To best describe Bumblebee I would call it an E.T the Extra-Terrestrial with Herbie as the main character. 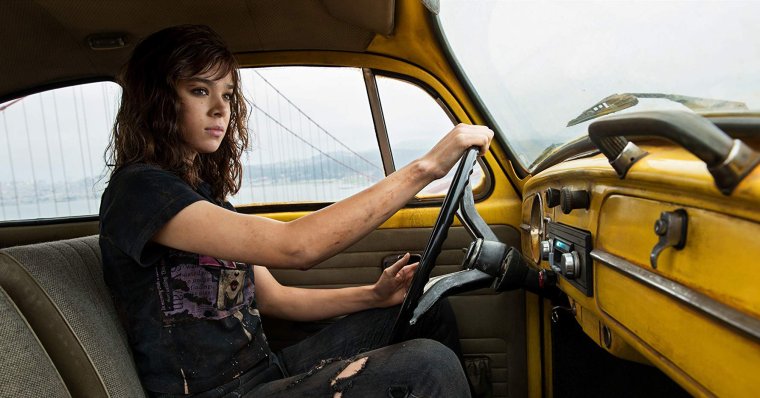 Bumblebee starts on Cybertron where there is a war between the Decepticons and the Autobots. Optimus Prime sends Bumblebee to Earth to wait for him and the rebellion. Also on route to Earth are two Decepticons that try hunting Bumblebee down. This sends Bumblebee into hiding until he meets Charlie (Hailee Steinfeld). Charlie is that typical 80s kid that’s sort of a loner and is dealing with missing her deceased dad. Her dad was the only person that made her truly happy and helped her be a better person. Bumblebee begins to fulfill that role, but as soon as she really begins to bond with Bumblebee, the Decepticons enter the fray.

If like me, you didn’t like the Transformers films you should give this one a watch. It didn’t make me interested enough to learn more about the Transformers franchise, and honestly, I’m ok with this being a one shot without a sequel. I would probably rather it.

Check this out if you want an 80s throwback film. It’s part nostalgia, part campy, and an overall feel-good movie. Oh, and another thing, it’s Michael Bay free.