Skip to content
Game of Thrones – An Overview
Television Review

Game of Thrones – An Overview

(Spoiler Free) When you think of landmark television today, most people will point towards George R. R. Martin’s epic series Game of Thrones. There’s no dispute that Breaking Bad is […]

(Spoiler Free)
When you think of landmark television today, most people will point towards George R. R. Martin’s epic series Game of Thrones. There’s no dispute that Breaking Bad is still the king of television, but Game of Thrones is altogether a different beast.

In the beginning, most people were not aware of A Song of Ice and Fire. No, we were drawn to the studio that gave us hit after hit with shows like The Sopranos and Six Feet Under. Although once the show started getting promoted, it was a question of whether there would be substance behind the fantastic look of the show. The first episode was enough to see that this show was going to be the Ben Hur of television. Then the first season showed us that it was willing to sacrifice the main characters, so every confrontation going forward was spent clinging to the edge of your seat. Every one of these characters died without closure and a sense that there was much more to their story. Several seasons later and the cast we started with was now far smaller than we would have guessed.

Once the series had surpassed the book material, it turned away from the shock deaths and the qualities that had made it what it became in its DNA. The last couple of seasons became safe and followed the conventions of the genre. In these last two seasons, the main stars that had survived to this point were all given closure and in turn, a happy ending. The final season was met with a lot of criticism from fans because what they had expected would happen did not. It could be looked at as though Game of Thrones conformed to its conventions by switching the DNA of the show at the end, and therefore continuing to surprise us.

The fan outrage Game of Thrones is suffering at its conclusion will not hurt the legacy of the show in the long run. The show has raised the scope of television and will remain in top ten lists for a long time. For those who have never seen the show don’t let the outrage stop you from watching the show. I, for one, think the ending was rather good. 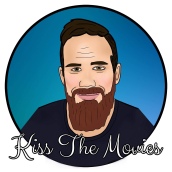