Classic literature always tends to stay in the vernacular. It’s usually untouched and repackaged solely with new cover art. That’s often all that’s necessary to modernize the classics. In film, […]

Classic literature always tends to stay in the vernacular. It’s usually untouched and repackaged solely with new cover art. That’s often all that’s necessary to modernize the classics. In film, it’s slightly different. Each film is constrained to a budget, a studio’s guidelines, the technology available, and finally the director’s vision. Every time somebody remakes the source material, they will be drawn to new things and give the film new perspectives and takes that were not originally there. Disney is now in a place where it can provide these new visions to new generations. It would be unfortunate if the live action Lion King is terrible, but I would move on because subjectively it may just not be for me, although it could be the favorite movie of a child today. To date, Disney has done a great job with the live action films from the animated classics. 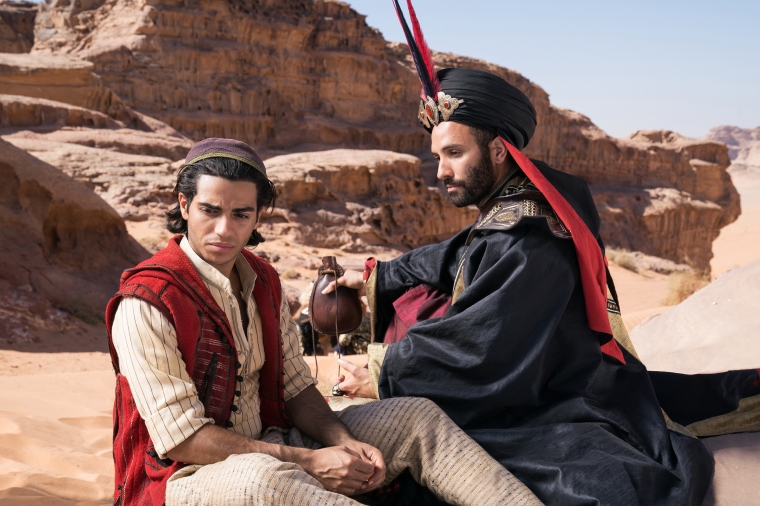 Disney’s Aladdin (1992) is my second favorite Disney film right after Beauty and the Beast. It wasn’t just that original movie I fell for either. I loved the sequels and even the tv show. I was all in, and it was more to do with the characters than the story. Between Aladdin, Genie, Jasmine, Abu, Carpet, and Iago, you can’t go wrong. I wish I were going on incredible journeys with them as a kid. Seeing the movie play out in live-action was incredible; it also helped that Guy Ritchie directed it. The movie hit upon all the memorable points throughout the original Aladdin film and fleshed out other parts for dramatic effect. It all plays out like the Aladdin you know in live-action with a Bollywood flavor throughout. 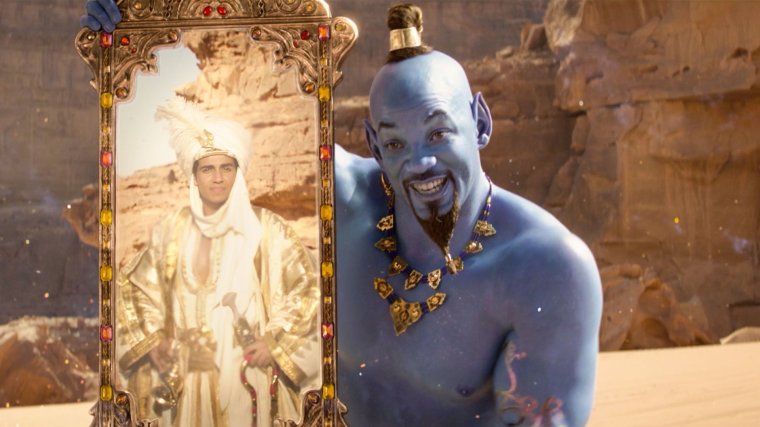 The cast at large are relatively unknown to the masses, all with the exception of Will Smith as Genie. For most, Genie was the make it or break it point because it’s unfathomable to go against Robin Williams. Tactfully, Will Smith gives nods with throwbacks to Robin and shapes his own performance into one that is more grounded. Next up is Aladdin (Mena Massoud), he is agile and charming as you would want, although it all means nothing if there isn’t any chemistry between him and Jasmine. Luckily the two are paired perfectly together. Jasmine (Naomi Scott) is the star of the film. She has a much stronger character here than just the damsel she was in the original, and I enjoyed seeing that play out for all the young girls out there that will watch it. Additionally, there is a new song that placates Jasmine as one of the biggest standouts of the live-action Disney films so far. People have had their problems with the live-action look of Jafar, but I’ll say that it works. If they portrayed Jafar like the animated film he would come off as an old creepy and perverted man.

Here is a sample of Naomi Scott’s talent as Jasmine

Unless you hold the original too close to your heart that you dare not see any interpretation, you will find something to like in this wonderful adaptation. Aladdin has been adapted in a similar fashion to Beauty and the Beast (2017). Nothing has been taken away, while some things have been added at no cost to the overall story. So I think you should take the journey with Aladdin and share in “A Whole New World”.