Spoiler Alert: There is a trans storyline in this special.
At least I gave you the warning… It’s just weird seeing that a great little kooky show from Nickelodeon’s stellar 90s catalog is being applauded for dealing with a trans character, and not much else. Every news article I’ve seen has ‘trans’ in the title. I went in completely blind, and it was a neat surprise, but it wasn’t even that big of a character. I’m unsure of why it’s such a big deal considering it’s done in the most clique way. Ok enough of that, and now on with the review.

Nickelodeon in the 90s had this particular style in each of it’s animated programs. Shows like the Rugrats and Aaahh!!! Real Monsters had a Russian influence in the animation. Shapes are always more obtuse looking, most notably in the character models. For me, I loved how different they felt from the more realistic scalings of Loony Tunes and Hanna-Barbera cartoons. Nickelodeon also had a lot of pastel colors used throughout all of its shows, which I liked. Rocko’s Modern Life was like a more child-friendly Ren and Stimpy. The show aired between 1993 to 1996 and follows a wallaby named Rocko. Rocko being a wallaby comes from Australia, and essentially works his way through the modern world. Along the way, he finds himself in chaos usually from being led by his friend Heffer. Now, after twenty-three years Rocko has returned in an interesting fashion. For one it’s a special that runs for about forty-five minutes and not a feature-length. It also becomes very clear that this special has no interest in appealing to new audiences, which is odd considering the original series is not available to watch on Netflix. This special is purely for the fans.

I didn’t see the last episode that aired of Rocko’s Modern Life, however, the movie begins right where the last episode ended. Rocko and his two best friends Heffer and Filburt are launched into space inside Rocko’s house. Twenty years pass and nothing has changed for these characters as all they have done is rewatch the same videotape of The Fatheads every day. After the videotape becomes warn out and breaks they discover the control to get them back to Earth has been stuck to the backside of Heffer all along. Cleverly, the show essentially has kept these characters in stasis this whole time as they have no idea how the modern world has changed in all those years. All the changes Rocko and pals see are shown as quick gags, and it would have been more enjoyable if we got to spend a bit more time poking fun at today through the lens of yesterday. Quickly Rocko finds that The Fatheads was canceled years ago, so he quickly rallies to have it brought back. The second half of the special is Rocko clinging to The Fatheads revival because he can’t accept change. The moral than for the special is that we must accept change, and we even have a literal character named The Winds of Change telling Rocko as much. 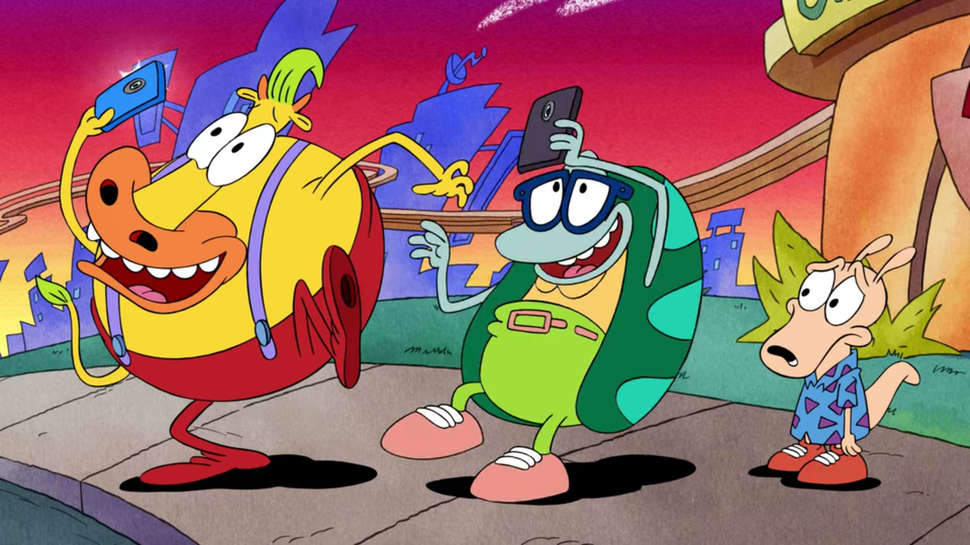 The special overall isn’t all I had hoped for in a new Rocko. The biggest problem was the pacing at the start that hindered it, and by the time it was near the end I was just warming up to the world again. I wanted more time surrounding Rocko with his friends, and especially Spunky. What we got was a nice taste of Rocko after all these years. It doesn’t set up future stories, instead, it’s just a nice little bonus for kids who adored the show.

I liked it and if you were a fan you will find some nostalgia in it too.

Available to watch on Netflix now.