South Korea is not without a colorful film history, one that has survived countless hands from oppression by the Japanese, who sought to make propaganda through film, and to the censoring of content by the Korean government in later years.

South Korea is relatively a newcomer to cinema, as political turmoil from the occupation of Japan prohibited filmmakers from making nationalist Korean films, and instead films that were a rally of propaganda for Japan. During this occupation, Korean-language films were outright banned from being developed. The Japenese occupation was to the point where Korean values were forced into Japanese values, even to the changing of family names in Japanese ones. These sentiments do not erase South Korea’s earliest films, however, most of these films were destroyed by the Japanese. This period of oppression ended with the end of the second world war in 1945.

It could be argued that South Korea did not really have a film heritage until the 1960s, when film auteurs really started appearing, and these filmmakers were not conservative. They liked to push their own creative and political edge into their films to thwart the censorship that had oppressed the nation. Titles like A Flower in Hell (1958) by Shin Sang-ok showed an on-screen kiss, which was taboo. Even in My Sassy Girl (2001), a romantic comedy that ran for two and a half hours wouldn’t show a kiss. While South Korea’s cinema was starting to boom, North Korea, in a famous case kidnapped Shin Sang-ok and his wife in a means to boost their own industry. North Korea’s films resulted in propaganda films, while South Korea suffered a significant loss by missing one of their prolific film auteurs.

South Korea is one of the few nations which has successfully upheld a national film industry, one that can compete with Hollywood, and the surrounding Japan and China within the South Korean box-office. In places like Australia, there are very few successful films, and these successes are such by making back the budget and then profiting a little more.  The Australian film industry cannot compete with Hollywood films, when “the good,” Australian films are made for a select audience, and “the bad,” try to appeal to everyone. South Korea has had it very different. Firstly South Korea was censored by the Japanese occupation, and then by a new military regime with the thought that media can be used as a weapon of influence unless strictly censored. So when Ghost (1989), the first foreign film was being distributed in South Korea, the filmmakers strongly went against what they thought was going to be another form of oppression. These protestors did everything they could to trouble the release of the film by splashing paint on the cinema screens showing the film to releasing live snakes. This push was somewhat successful and probably the key to keeping their national film success in the form of a quota system. This quota system until 2006 required 146 days of screenings a year devoted to local South Korean films. In 2006 the quota would be reduced to 72 days as it was clear that international markets would not destroy their industry that was stronger than ever by the New Wave.

The New Wave of South Korean films began around the mid 1990s, in fact it included music, television, and games too. This era was the start of high quality and stylistic films such as My Sassy Girl (2001), Oldboy (2003), and The Host (2006). There are certainly many more, but these are some I particularly like. The New Wave focused on being stylistic and understanding/creating diverse pop culture as South Korea was also modernising. This wave has redefined the future of the South Korean film industry, and the box office has shown twenty-seven of the top fifty grossing films there were made between 2009 and 20014. From a western approach, just look at Oldboy. It came into the appeal of international audiences with favorable reviews as Roger Ebert (2005) wrote on the value of the film, “We are so accustomed to “thrillers” that exist only as machines for creating diversion that it’s a shock to find a movie in which the action, however violent, makes a statement and has a purpose”. Ebert’s statement highlights the significance of everything working for the story’s sake, and not just for the benefit of an audience draw. This puts Hollywood films into a certain perspective where they fall into troupes as a device, whereas South Korea’s long-standing history of censorship has allowed filmmakers to be more respectful of the boundaries they are stepping over and approach violent material for a reason. The same can be said about My Sassy Girl, where some traditions are still upheld by filmmakers when it comes to the lack of an on-screen kiss, which did not trouble the film in any shape, but instead was used to create a quirky romantic comedy that feels fresh because of it. The new wave showed us that South Korea is a flourishing film industry that is unique and is a positive influence of cinema across the world.

The history of South Korean cinema has been filled with disregard by controlling forces in the early years, taking away artistic integrity in place of pro-Japanese values, and only positivity was allowed in later years before creative freedom was permitted in films by the mid 80s. The New Wave of filmmakers such as Jae-young Kwak, Chan-wook Park, and Joon-ho Bong, are just a few iconic film directors that transitioned South Korea from a certain dictatorship, and into a place that can make creative works distinctive of South Korea. Today South Korea is thriving and expanding more than ever before with box office films at the highest they’ve ever been, and deals that are putting the country into working relationships internationally, while also being amongst them in the competitive marketplace. 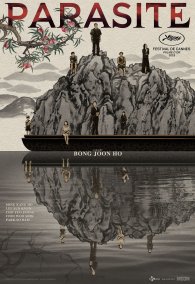 The best film of the year, in my opinion, is the South Korean film Parasite, so be sure to check it out and explore the vast library of films from South Korea.