In 1937 audiences flocked to the theatres to see the first-ever feature-length animation. What was at first famously reported as “Disney’s Folly”, turned out to be the beginning of the Disney empire we know today. Walt Disney was already a known name before he started making this celebrated feature film. He first became a prominent figure in Hollywood for making short films that would play before features. These would include some of the first shorts to include Mickey Mouse in things like Steamboat Willie. The success of the animated shorts led Walt to expand his business and employ hundreds of people. As cinema was in its infancy Walt Disney saw an opportunity to take what his company had learned from making animated shorts and move into a long-form narrative that could match the quality of live-action films. More than eighty years later Snow White and the Seven Dwarfs is very much still a part of pop culture. 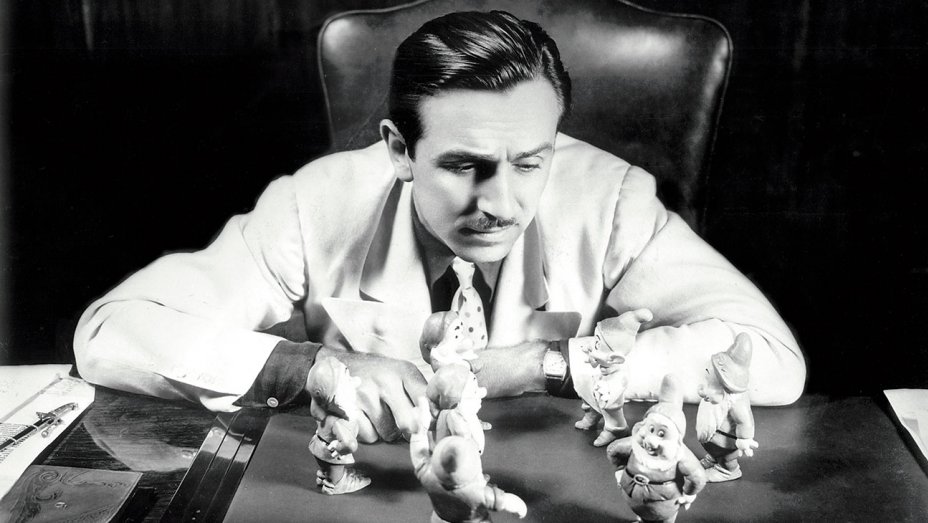 Snow White and the Seven Dwarfs starts with the literal opening of the fairytale book as we watch this live-action scene bring us into the animated tale. We are taken into this harmonious world where Snow White is cheery to her life even as a princess dressed as a maiden in rags. She conducts the chores of the castle seemingly set by the Queen, her evil stepmother. The first song comes minutes into the film as the Prince stumbles upon Snow White singing, and what a song it is. The song I’m Wishing/One Song is such a great love song that you would have been satisfied with the two having their happily ever after then and there, but then there would be no adventure. After the Queen spies the two lovebirds she asks the mirror, “who is the fairest of them all?” to find out it is, in fact, Snow White. Considering that the queen would ask this often I’m led to wonder if it the change in fairest happened when Snow White found her true love or if it was the Queen’s jealousy in Snow White’s happiness. Regardless, the Queen sends the Huntsman to kill Snow White, which really kills the mood for the young princess, doesn’t it? The Huntsman finds it in himself not to kill Snow White and he instead banishes her, so she flees into the forest. The forest scene is probably the most striking scene to me, it’s terrifying as a kid. The forest begins to personify into abstract faces and shows how the young mind can exaggerate their fears of the unknown into physical manifestations. Through it, she finds that there was nothing to fear from the forest after all, but cute little critters. Next Snow White comes upon the home of the seven dwarfs. Those little men are in for a shock when they come home to discover the place has been cleaned. Each little men named after the trait they embody open their home and their hearts to Snow White. For the most part, the dwarfs have more personality and character than Snow White. It’s with them that we grow attached to emotionally, so when the Queen poisons Snow White with the apple, we also cry with the dwarfs at Snow White’s grave.

So how does Snow White stack up to the source material? Well, Snow White was written by The Brothers Grimm as one of their many collected stories in 1812. The Brothers Grimm updated their stories over time as they became popular with children, so the evil Queen was originally Snow White’s biological mother and thus changed to an evil stepmother. If the story stayed with the original intentions it wouldn’t have resonated for generations. Walt Disney follows the narrative similarly, but it’s rather short so he extrapolates on it by realizing the characters, adding musical numbers and embellishing in the look of the world. The Grimm story was much darker in tone as the Queen ate what she thought was Snow White’s liver and lungs. The Queen also visited Snow White multiple times to kill her; first time in disguise she stitched Snow White up tight in a lace dress so she couldn’t breathe, next the Queen made a poisoned comb that administered itself into Snow White as it was combed through her hair, finally after two unsuccessful attempts the Queen gave her a poisoned apple. Snow White was thought to be dead and her body was placed in a glass coffin. Later a prince finds her and pleas to take the coffin because he must always lay eyes upon her. As the prince’s servants carried the coffin one trips and the poisoned apple lodged in Snow White’s throat becomes unlodged and she awakens. The tale turns incredibly dark in the end as the Queen is invited to Snow White’s wedding and is forced into iron shoes that were pulled off burning coals. She must dance in them until she finally dies. If you compare the source material to Disney’s feature you can see where Walt has turned a harrowing tale into a family film and continues to steer in that direction with each subsequent feature film.

Snow White and the Seven Dwarfs has stood the test of time for a few reasons. Aesthetically, it has a very European style, especially in the backgrounds that draw audiences into this world of fantasy. There is also Snow White’s animation, which has a softness to the colors overall. This helps invoke the joyfulness in the atmospheres involving Snow White and the dwarfs. It also juxtaposes perfectly with the darkness when we’re with the Queen and in the forest. The songs are all memorable from I’m Wishing/One Song, Whistle While You Work, and Heigh Ho. Every character is endearing, with each dwarf full of individual personality. So there really isn’t one thing that makes the movie memorable. It’s an accomplishment to Walt Disney that his first film stands against any Disney film ever since, and there have been some great ones. 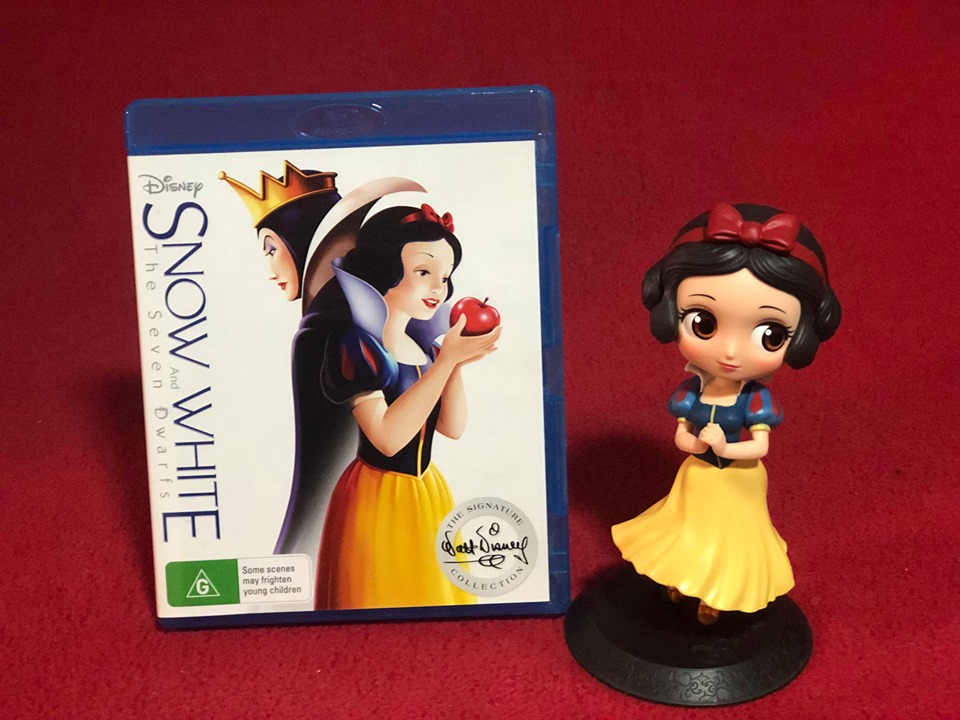