Looking for a gem on Netflix?

Well, Yeh Kaali Kaali Ankhein may be what you’re looking for. It has everything. It blends comedy, romance, action, and drama all while holding the air with tension the entire time.

Yeh Kaali Kaali Ankhein is a show that begins with an unbeatable shootout against the main character, Vikrant (Tahir Raj Bhasin). By seeing the ending we have an expectation that our protagonist is going to do something that will land him in the iron sights of everyones guns. Next we see Vikrant as a normal child at school being pursued by Purva, a powerful politician’s daughter. Vikrant sees Purva as a source of bad luck for him and refuses her attempts at friendship. Many years pass and Purva is a long forgotten memory, as we see Vikrant having just finished college. At this point in Vikrant’s life he has found the love of his life, Shikha (Shweta Tripathi), although their relationship is being hidden as her parents share major political differences to Vikrant’s family. Without a well paying job Vikrant’s father brings him into the politician’s tendrils. Vikrant now finds himself working with Purva (Anchal Singh), who has been counting the days since their last meeting. Every time Vikrant pushes to escape Purva and her family, he is met with life threatening pushback, to him and his loved ones. Finally without his consent he is betrothed to Purva, and this is only the beginning of the story.

This was a show I knew nothing about and decided on it after seeing a preview for it while scrolling Netflix. Sometimes I challenge Netflix shows to captivate me in five minutes before I opt out, and this one certainly did. I finished it over two sessions. Due to the flash forward we see at the start of the show I thought it was going to be a one and done series. However, by the end we don’t see how Vikrant gets to we where we see him at the start. In hindsight it appears that producers saw the potential hit in their hands and opted for a second series to continue the story instead of finishing it off here.

I highly recommend everyone watching this fantastic show.

(Spoiler Free)
When you think of landmark television today, most people will point towards George R. R. Martin’s epic series Game of Thrones. There’s no dispute that Breaking Bad is still the king of television, but Game of Thrones is altogether a different beast. 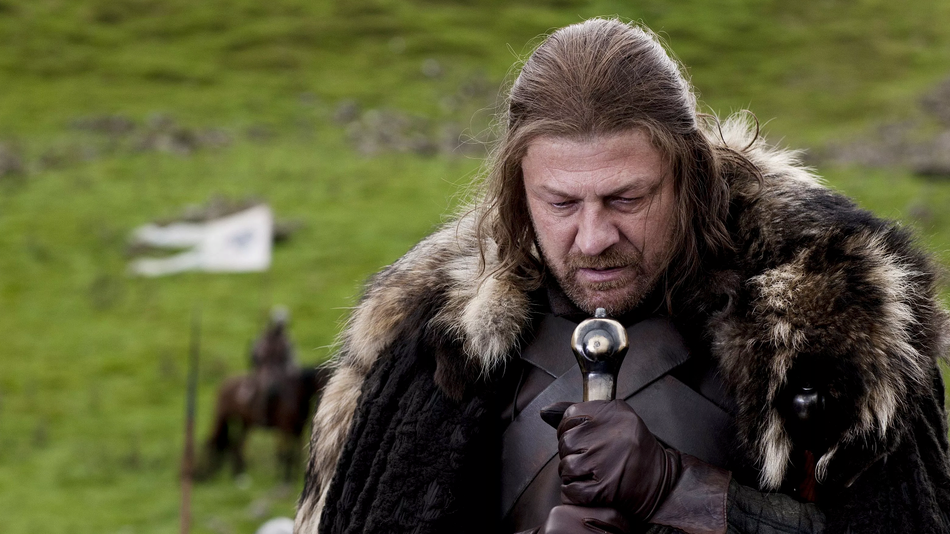 In the beginning, most people were not aware of A Song of Ice and Fire. No, we were drawn to the studio that gave us hit after hit with shows like The Sopranos and Six Feet Under. Although once the show started getting promoted, it was a question of whether there would be substance behind the fantastic look of the show. The first episode was enough to see that this show was going to be the Ben Hur of television. Then the first season showed us that it was willing to sacrifice the main characters, so every confrontation going forward was spent clinging to the edge of your seat. Every one of these characters died without closure and a sense that there was much more to their story. Several seasons later and the cast we started with was now far smaller than we would have guessed.

Once the series had surpassed the book material, it turned away from the shock deaths and the qualities that had made it what it became in its DNA. The last couple of seasons became safe and followed the conventions of the genre. In these last two seasons, the main stars that had survived to this point were all given closure and in turn, a happy ending. The final season was met with a lot of criticism from fans because what they had expected would happen did not. It could be looked at as though Game of Thrones conformed to its conventions by switching the DNA of the show at the end, and therefore continuing to surprise us.

The fan outrage Game of Thrones is suffering at its conclusion will not hurt the legacy of the show in the long run. The show has raised the scope of television and will remain in top ten lists for a long time. For those who have never seen the show don’t let the outrage stop you from watching the show. I, for one, think the ending was rather good.

I never understood why there was always a divide between Star Wars and Star Trek. You have to dig to find any comparison. That being said Star Trek is better. Star Trek is about discovery and politics, battles of the mind, and no not the force. Each Star Trek series has given us a very different politically charged captain that has been shaped by their past but will endeavor to uphold the prime directive as necessary. Unlike Captain Kirk, who would instead speak with his fists, Captain Picard is the intellectual of all the captains. This is seen in the very first episode of Star Trek: The Next Generation, Captain Picard must win with his intellect to persuade the omnipotent being Q to leave mankind alone. There were no fists raised, nor would a fight of brawn have led to a victor. Picard is not without fault because he can be arrogant in his ideas over others, but this only humanizes him. Star Trek: The Next Generation was a risk when it was released, one that paid off in thanks to the talented Sir Patrick Stewart. Without him the show may have failed, a fact easily forgotten as the Star Trek brand was never really that big at the time, which is why it was off the air after only three short years.

I think it is safe to say that Captain Picard is the reason Star Trek has the extraordinary fanbase it has today. Captain Picard was the necessary baton from Captain Kirk needed to shepherd the franchise in a new direction. And now we are lucky enough to see Captain Picard shepherd us again into the newest generation of Star Trek. That’s right, Patrick Stewart came on stage at the Star Trek convention in Las Vegas to reveal that Picard is coming back in a new show. There are no more details than that at this point. What will an old Picard be like? Well, I’m excited to see. I expect we will see a ton of cameos from throughout Next Generation, Voyager, Deep Space Nine, and dare I say, Captain Kirk. Also, just because Sir Patrick Stewart is older, doesn’t make him any less a great actor, he was one of the best-supporting roles in Logan last year.

Check out this YouTube video from Pogo. It’s the best mashup of Captain Picard’s vocals.

Make it so, Captain Picard,

Sitcoms have been around since the beginning of television, and the genre has continued to be stagnant ever since. I don’t think that’s necessarily a bad thing for a sitcom because they focus on a close group of characters that are thrown into a different scenario every week. Every sitcom seems to eventually cover similar story paths. Watch The Dick Van Dyke Show, and it will share the same familiar sitcom beats like any other today. Seinfeld broke most of the rules of a sitcom while Friends began to give us these tremendous melodramatic cliffhangers with every season’s end. Scrubs rolled those two together in a medical setting with poignant resolve with each episode’s end. The problem with sitcoms is inevitably its expiration date. By five or six seasons every situation that could be thrown at these characters has been done. Even the reliance on running gags can’t save them. Seinfeld may be the exception to this as the sitcom could find a story in anything and also daringly going into the taboo with the episode about masturbation.

The Good Place puts a fresh perspective on the sitcom genre by actually feeling like the series has an ultimate heading. It feels like the show is telling one complete story that is broken up into smaller chunks. Each episode is titled as a chapter like a book, and like a book, each chapter has a mini-cliffhanger that forces the viewer to want to watch just one more chapter. So how can The Good Place seemingly redesign the sitcom? Simply, it takes place in the afterlife, and can, therefore, do anything with that canvas. The first episode shows a group of people being inducted into ‘The Good Place,’ that being a place with an architect played by Ted Danson, as heaven for these people. The problem is Kristen Bell’s character Elenor has been mistaken for someone else. Her character was a terrible person, lacking any morals. The show begins with her trying to keep her identity under wraps but develops quickly into a show sharing attributes from Defending Your Life with a sprinkle of Kafka. The kicker for her is how absurd and torturous the bad place is so she must wrestle with her moral compass to better herself so she can stay in the good place.

The Good Place shouldn’t be reviewed any further because it will spoil the story. I will say that even though each episode has a mini-cliffhanger, each season’s cliffhanger manages to flip the script as to where you think the show is going. The first two seasons are out now. If you’re an Australian resident, you can catch them all on Netflix. I hope this series concludes with five seasons and no more. The small episode count of each season helps not detract from the overall story with the usual filler episodes other shows endure. Ted Danson and Kristen Bell are fantastic, and their chemistry will keep you coming back for sure. Give The Good Place a watch!